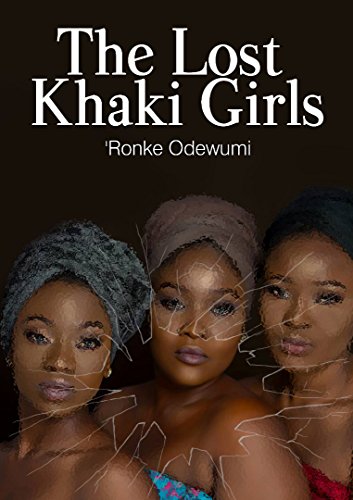 The Lost Khaki Girls is a debut effort that tells the story of 3 young women in Nigeria – Adunni, Jade and Becky who have come to do their duty and serve at the obligatory NYSC camp. Each of them come from different walks of life and have chosen to actually serve vs. find a ticket out and stay in their state of residence in Lagos. They have chosen to serve because they each carry a secret that they need space from and believe the 3 weeks at camp will help provide clarity to.

Adunni is the pretty one, who gets attention from men everywhere she goes , Jade (Jadesola) is from a rich family and could be considered a pampered princess while Becca comes from a home with an abusive, alcoholic father complete with their obsession with religion.

The book is what Leggy would call a “palate cleanser” i.e if you are looking to reset or read something mindless and doesn’t require much thought, this would be the book for you. It was an easy, quick read and the characters are fully formed. It gives you a full idea of what life on an NYSC camp is like (reinforcing that I probably would not have survived!). There was a build up to what each of the girls’ secrets, which wasn’t too difficult to decipher but I do think the secrets were worthy of the build up.

You can tell this is the first novel by the author as some of the dialogue didn’t come across naturally and the language seemed a bit dated, as if this is how one would imagine people of that age in Nigeria would speak like. For example, when Jay’s boyfriend tells her they are going to lunch she responds with “that is super”. Or when Adunni is preparing for a pageant she thinks to herself “I could only look in rapture at my own transformation” and I think at some point “garrulous idiot” was thrown as an insult. I am not sure I know anyone who speaks that way.

Overall, I’ll liken it to a Tyler Perry movie where the delivery is on an elementary level but doesn’t necessarily hinder the enjoyment of it. If you are looking for a quick read and to support a sista, this is the book for you. The book is available on amazon/kindle. When I got it, it was $3.99 but looks like it is currently $5.41, which is still not a bad deal.