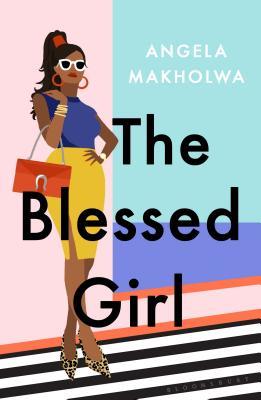 Plot: Bontle Tau is living a luxurious and largely fake life in Johannesburg, South Africa. She has a gang of admiring older boyfriends who pay her rent, send her on vacations and even secure her high level construction contracts even though she doesn’t have a construction company. She narrates what life is like living the life of a “blessee”

Leggy: Is this an actual book?

Taynement: I don’t want to be harsh but it could have been a PDF fan fiction, but let’s go back to how we ended up with this book. Given everything going on in the world, we wanted to read a fun book by a black author. We’ve been intentional with our chit chats. They’ve mostly been either black or female authors. Enter Blessed Girl.

Leggy: I think we took the fun read waaay to the left. I was actually excited to read this one, but once I downloaded it from my library and read the first 10% I put it down. It was so badly written.

Taynement: Same. It was such a fun cover till I read the first page.

Leggy: I actually would have never finished this book if we didn’t have to do this chit chat.

Leggy: I didn’t find fun in it. I actually found it very problematic and it ended exactly how I thought it would end. Because obviously we have to punish the “prostitute” by giving her HIV. There was nothing fun in this book for me. I’m also not going to recommend this book to anyone so there’s going to be a lot of spoilers in this chit chat. Can I talk about the author’s treatment of a full blown rapist in this book? He raped a whole 14 year old and they spent the entire time talking about letting him see the son that resulted from this rape instead of discussing the fact that he is an actual rapist!

Taynement: You’re right, I think I’m just reaching. Listen from the moment she said Donald Trump was her idol, I immediately went to search when this book was published and it was 2017.

Leggy: They just threw in the rape part to “explain” why she was the way she was? Fun would be just a materialistic woman who likes money and fascinated us by her exploits. This just turned in a Tyler Perry movie.

Taynement: I think she was wayy too easy on her mother also.

Leggy: Her mother was TRASH!

Taynement: I couldn’t decide if the author wanted us to be mad or sympathetic towards her because I would never speak to that kind of mother again.

Leggy: You handed your 14 year old daughter to a grown man! And then made a case for why this grown man can come back 13 years later and be a great arse dad. What the fuck?! Who approved this crap?! I kept getting really angry reading this book.

Taynement: And his wife supported it. Ewww

Leggy: Also, the main character was crap. I sympathized with everything she had to go through but I didn’t like her. Honestly nobody in this book was likable and I think to pull off a book like this you need a likable protagonist.

Taynement: I think her best friend was – the one with the steady boyfriend but she got no development in the book.

Leggy: Honestly, that girl just came off as a stereotype to juxtapose her “good” character with the main character’s “reckless” life.

Taynement: And of course, trust the abusive man to be Nigerian in a book set in South Africa

Leggy: So many Nigerian oil barons sprinkled in this book, Nigerian artist, even the salon the girl frequented was owned by a Chimamanda. Anyway, I knew she’d get HIV. I mean how can a badly written book get worse than to introduce HIV? The ultimate punishment of wayward women? *rolls eyes*

Taynement: I honestly didn’t see any twist coming. I was too engrossed in how bad this book was and how it got published.

Leggy: Immediately Mr. Emmanuel asked to not wear a condom, I knew it. They didn’t mention through the entire book if she was having protected sex or not so for that to be mentioned specifically, I knew he had HIV.

Taynement: Also, what was the point of telling us about the cheating with her aunt’s husband if nothing came of that plot line?

Leggy: I kept waiting for her aunty to catch her and nothing happened. She even ended up starting a business with her aunty. It was like once they punished her with HIV, her sins were forgiven and she became a whole new person.

Taynement: And her ex-husband never stopped loving her and was fine with everything. I didn’t understand why or how he was still mad at her mother but not her. How do you forget that she is materialistic and only now open to returning to you now that you are successful.

Leggy: Even HIV. The protagonist cheated on him while they were married, lied to him and deceived him but still, love conquered all!

I wonder what the publisher saw in this book and thought it was worth publishing. Honestly, I can list so many Nollywood movies that are better than this book and they didn’t even end with the girls getting HIV.

Taynement: Probably wanted to explore the idea of the blesser/blessee culture but needless to say, this book was a fail. Don’t get caught up by the cover, skip this one people!

Leggy: We didn’t even talk about her brother/son’s drug problems. For a short book, this book sure had a lot of story lines.

Taynement: Someone who got rehabbed in 30 days.

Leggy: And suddenly was a drug free, happy child chilling with his rapist father and his family. We have to export this fantastic rehab to the world. Anyway, like Tayne said, skip this one. I wouldn’t recommend it. Gave it 1 star on Goodreads.

1 thought on “We Chit Chat: The Blessed Girl by Angela Makholwa”