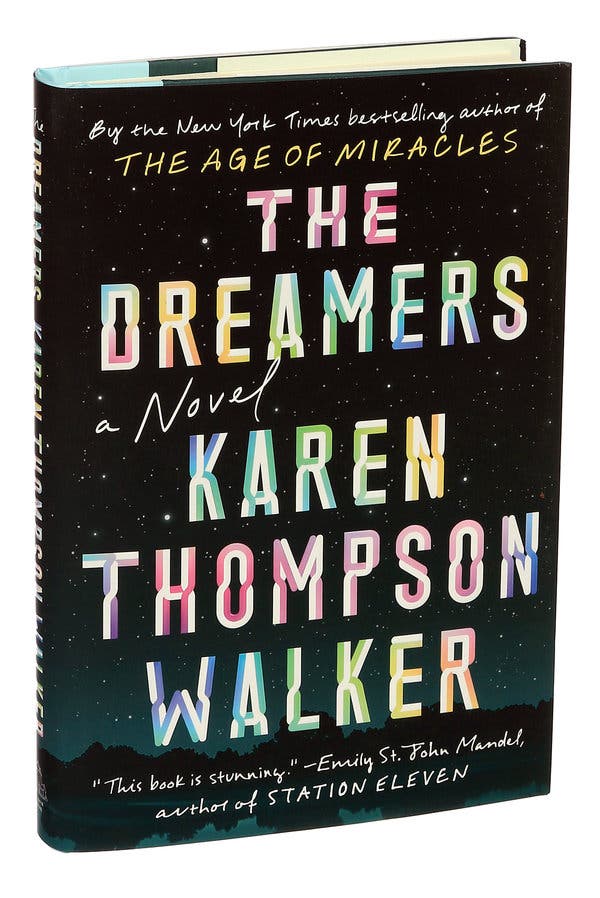 “They died, he wrote, as if overcome by sleep – or, according to a second translation: as if drowned in a dream.”

In a college town in California, a girl comes home from a party, stumbles into her dorm room, falls asleep and remains asleep. Then it happens to another girl, then a guy and suddenly, they realise that this is an epidemic and panic spreads to the rest of the town and then the country. This is a virus they’ve never seen before and it’s airborne. The disease spreads from 10 to 20 to 100 and then to 750  people. Everyone is asleep, dreaming, eyes fluttering while the people awake struggle to keep them hydrated and prevent bed sores. The whole town is quarantined, soldiers are placed at every exit, the National Guard is called in, and scientists from all over the world are flown in.

“The boys turn quiet and they drink even more – cheap beer bought with fake IDs. They keep their hands in their pockets those first few days and just try to stay out of the way of the girls. It is as if the boys can sense it, even in those girls, in their easy closeness and their interlocking arms: the whole history of women and suffering, the generations of practice at grief.”

But this book is not about the disease, it’s about human nature. How we deal with things differently and what binds us together. We have Mei, a college freshman whose roommate is Patient Zero and who has been having a hard time connecting with other students and navigating dorm life. We have new parents – Ben and Alice who just moved to town to teach, trying to protect their newborn and each other. A father who succumbs to the disease early, leaving his two young daughters to fend for themselves. A psychiatrist, leaving her young child in Los Angeles, attempts to make sense of the illness as it spreads through the town. Those infected are displaying unusual levels of brain activity, more than has ever been recorded. They are dreaming heightened dreams.

“When one’s life seems broken beyond repair, there remains one last move: a person can at least shut her eyes.”

This book is incredibly well written. The author’s writing style reminds me of Fredrick Backman’s style. So if you enjoy him you would probably like this. If you also enjoyed Station Eleven then this is exactly the book for you because it is literary fiction disguised as science fiction. As mentioned earlier, the book is not about this virus that is never named, it’s not about the science behind it or where it came from. It’s about how humans react to it. If you need your books tied up in a bow, this is not the book for you.

“The only way to tell some stories is with the oldest, most familiar words: this here, this is the breaking of a heart.”

The scenes of people trying desperately to leave town to find their loved ones, parents who live in other towns desperate to get to their children trapped inside the now quarantined town. The virus is airborne and extremely contagious so there are so many moral dilemmas to grapple with – should you help people who might be infected? Should you help the people you know first or the most vulnerable? There are different answers to these questions that different readers are going to have different reactions to. The fear is palpable, you get to know your handful of main characters and you’re scared for them. Are they going to get it? Are their loved ones going to survive?

And then, in a surprise twist, someone wakes up.

I gave this book 4 stars on Goodreads and I highly recommend it.