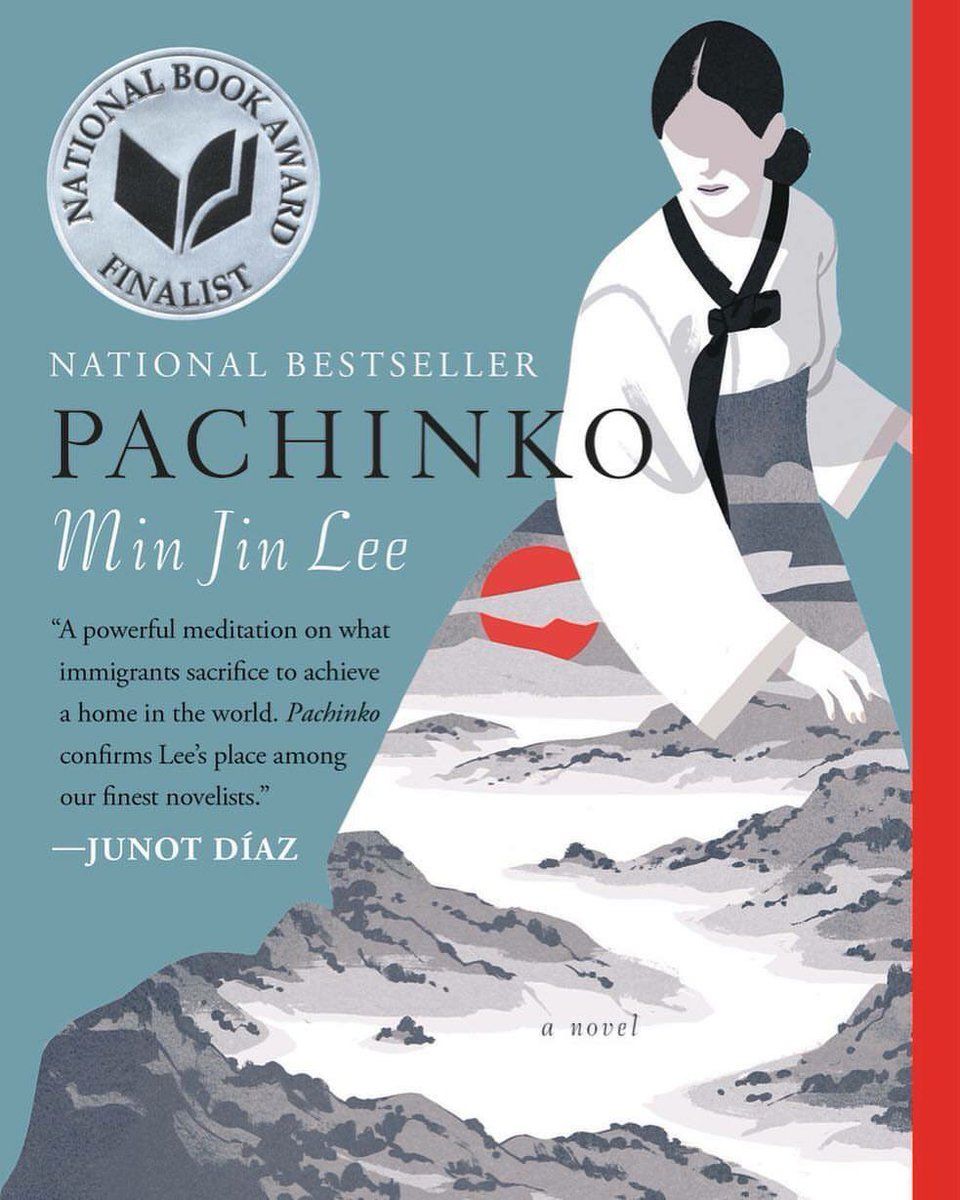 “The stories of Koreans in Japan should be told somehow when so much of their lives had been despised, denied, and erased”

The book started with a couple who kept losing child after child until one survived. Except he was crippled. The village matchmaker was able to find him a wife but he passed away young, leaving behind his wife and teenage daughter who both ran a hostel. Sunja, the daughter is our protagonist and by the 1900’s she falls for an older man who gets her pregnant. He tells her he can’t marry her because he has a wife and kids back home in Japan but he can take care of her financially and come visit her in Korea. Sunja refuses to be a kept woman and rejects him.

One of the hostel guests, a principled sickly pastor, Isak takes it upon himself to marry Sunja and raise her child like his. They move to his hometown in Japan and join his brother and his wife, Yoseb and Kyunghee and become a family. The birth of Sunja’s son, Noa is the beginning of this fascinating, multi faceted, multi generational story.

I am already a sucker for Asian stories and for multi-generational stories. Put them together and you have me sold. This was a very well thought out book. Every character was well rounded and felt like a real life person. The book can be categorized as historical fiction because you get to learn a lot about the war and how Koreans were treated awfully, how they suffered just trying to make ends meet and how they were discriminated against.

“Sunja-ya, a woman’s life is endless work and suffering. There is suffering and then more suffering. It’s better to expect it, you know. You’re becoming a woman now, so you should be told this. For a woman, the man you marry will determine the quality of your life completely. A good man is a decent life, and a bad man is a cursed life—but no matter what, always expect suffering, and just keep working hard. No one will take care of a poor woman—just ourselves”

I particularly liked how realistic this book was. It covered a whole lot of life experiences as we moved from one generation to another. I was particularly struck by Sunja because by all accounts she lived a hard life but just always tried to make the best of it. Probably because it was what she was groomed to expect. I kept holding out hope that she would have a happy ending but just like life, things kept on happening and Sunja kept on surviving. The book covers infertility, starvation, homosexuality, discrimination, infidelity, sacrifice, family, death and a whole host of other topics.

The discrimination was such a hard thing to digest because its never fun seeing people struggle. But it was a reminder of how unfair the world is and how even when you are at your worst point, life still goes on. Any group of marginalized people could relate to the Koreans trying to fit in in Japan, when no matter what they did, they were not accepted and just seen as bottom of the barrel.

The title of this book exemplifies how well crafted and clever this book is, because while a few of the characters worked in Pachinko parlors, the connection to the title was more symbolic. We find that Pachinko is a sort of game that could be conflated as gambling. There were loads of Pachinko parlors in Japan and even though there was a chance the odds may be fixed and whoever was playing would more than likely lose, people still kept on coming back with the hopes of winning. This hope was parallel to the Korean characters trying to build a life in Japan

Story is that it took the author 25 years to write this book. It’s a good thing that all the time and effort put into the book showed, but it also became a bit lengthy. After a while, I began to think it was time to wrap it up. Overall, if you are looking for a book that will transport you to another world, while also making you feel like you are learning something, this is the book that will do just that.