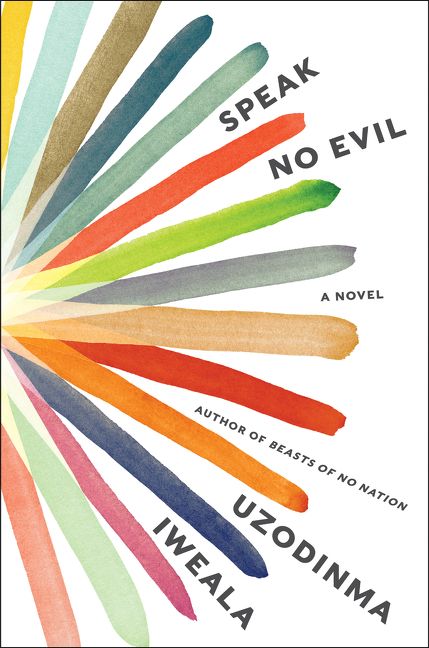 “I’m still me, I want to say to him, your son, but that would hardly help if I am currently everything wrong with the world.”

Taynement: On to our third author of the year.

Leggy: I know. This was a pretty short read.

Taynement: Yes, it was but I think he did a lot with a short book and more authors could take a page from his book. Pun intended.

Leggy: I actually think he did way too much for such a short book. At some point, I got whiplash like am I reading a different book?

Taynement: Interesting. I disagree. I think he integrated a lot of themes with perfect balance.

Leggy: I really didn’t like the shift in focus to police brutality. It’s rare you get a book from an African author about being a gay, second generation African in America. I would have appreciated the book so much more if he had focused on that.

Taynement: I liked that he didn’t dwell too much on the different themes save for  the focal theme of Niru being Nigerian and gay and trying to deal with that.

Leggy: I enjoyed the first half of the book but after the incident, I skimmed the rest of it.

Taynement: Really liked that angle. He touched on the Nigerians but didn’t dwell. Even when they went to visit Nigeria, he described Nigeria so well and the way his father’s behaviors changed was so apt. Even touching on how Nigerians revere pastors and how they deal with homosexuality. I wasn’t expecting the incident and right after, all I felt was rage. I really hated Meredith. But again the way I interpreted it was a touch on how you might think you’re Nigerian in America but at the end of the day, all they see is your skin color.

Leggy: I think this is why I didn’t like that part of the book. I was waaay too angry while reading it. I couldn’t understand how anybody would react the way Meredith and her family did after the incident. Okay, what is done is done, that part wasn’t your fault but you let this young man’s reputation be dragged through the mud without any interference.

Taynement: Reminder of the havoc white women wreak. There was a part in the book when Niru’s dad, half angry-half pleading says “All you people do, wherever you are in this world, is just bring death and destruction, you bring nothing good, nothing good”

Leggy: I just couldn’t understand what kind of parents would do that. Also, reading this book from Meredith’s point of view filled me with so much rage.

Taynement: Exactly. Her parents were the worst and I wished bad things for Meredith but, I think we digress. Moving back to Niru, it’s an interesting look at Nigerian parenting. Niru was a model child that was even headed to Harvard and yet his gayness overshadowed everything. It also showed your basic Nigerian marriage dynamic.  I felt his mum was weak and she could have stood up for him more.

Leggy: When his father said it was better if he had murdered someone, and then the irony of the incident. Well, he kind of got exactly what he asked for. You could tell his mother didn’t think it was that bad, being gay that is, but she didn’t have the guts to stand up for him all through.

Taynement: Can I just say that I wondered a little about how his older brother OJ was written. I actually thought he was dead. Niru kept referring to him like he was a memory.

Leggy: Never got the idea that he was dead. Just think he is basically such a god in their eyes that it made him sound like a memory more than an actual person. He should have called his brother when the whole thing blew up in his face. Also his friendship with Meredith was weird to me. I felt it wasn’t a real friendship on Meredith side because it was built on her infatuation of him. Is it a real friendship if you spend the entire time lusting after said person? Or maybe I just hate her.

Taynement: Fair enough. She’s not a likable person. She has that typical white girl entitlement air about her but as Niru said “Without her life is quiet, with her it is often unbearably loud”

Leggy: Also, it’s quite interesting how so ashamed Niru’s dad was of his gayness that he couldn’t call a conference and say his son is gay. Even with the accusation, he was still too ashamed to admit that. They had proof that he was gay. He had a Tinder account. He had gone on a date. But they chose silence over that option.

Taynement: That’s so deep and so sad and I give Iweala all the credit for delving into this topic and as an acknowledgement nerd, I read it and he felt the need to clarify that he isn’t gay. He also mentioned how this story evolved from a short story of his about a teenage boy outed to his Nigerian parents. He originally did not set out to write about a gay character. He wanted to write about the immigrant experience but he ended up here coming form a community that is conservative about issues of identity and orientation.

Leggy: Of course he had to clarify that he is not a gay guy considering how crazy Nigeria as a society is. Also shows how no matter your credentials and money and background, you’re still black, black, black! His Harvard didn’t matter at the end. His parents living on the right part of town didn’t matter. Nothing mattered but the color of his skin.

Taynement: Yes, I mentioned that earlier, still black at the end of the day. Overall, I thought it was a good book and I would recommend it. I did not like the ending.

Leggy: I did not like the ending either, I just felt like Meredith does not deserve closure or anything good.

Taynement: Lmao. I feel like you focused more on Meredith than Niru or rather she had more of an effect on you.

Leggy: She definitely had more of an effect on me. The whole situation was just too crazy for me. And she kept acting like she was helpless and had no agency at 18. Overall, I would recommend this book too. Gave it 3 stars on Goodreads.

2 thoughts on “We Chit Chat : Speak No Evil by Uzodinma Iweala”