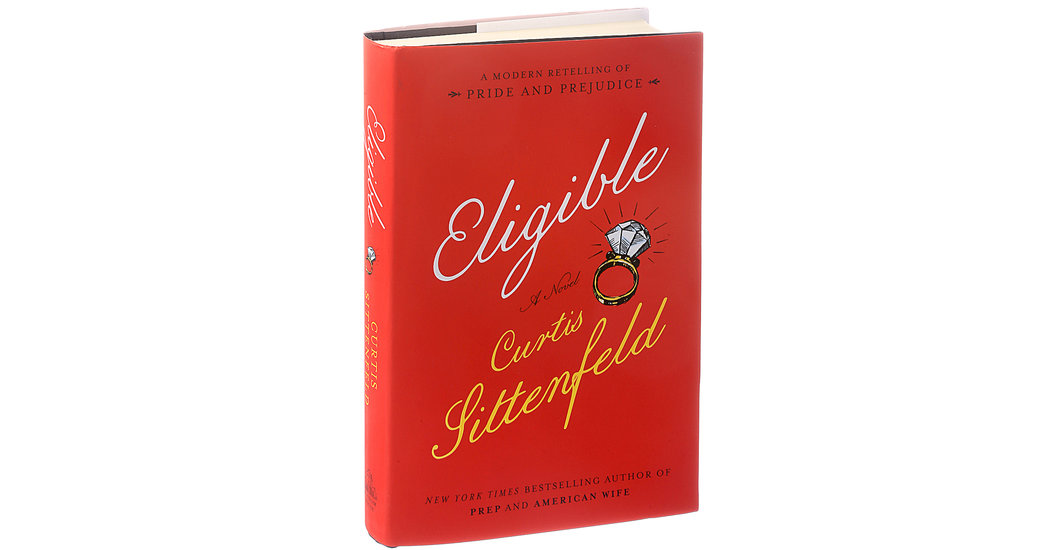 The modern retelling of Pride and Prejudice, it’s about the five Bennett sisters and their pushy mom – who is dismayed that none of her five daughters are married and their dad – who I don’t even think knows he exists. The Bennett parents live in their house in Ohio with their three youngest daughters – Mary, Kitty and Lydia. Mr. Bennett has a heart attack, prompting the two oldest daughters, Mary and Liz,  who live in New York to head home to help tend to their dad.

With all of them together under one roof, their mom wastes no time in matchmaking by inviting them to a neighborhood barbecue to meet Chip Bingley who was a suitor on Eligible, a The Bachelor-type show. He has his friend Fitzwilliam Darcy in tow and the rest makes up this hot garbage of a book.

You guys, I HATED this book. Like, this was an awful book. There is nothing redeeming about it. The writing was awful, the characters were awful, the structure, the plot – all awful. So many things felt so cut and paste. Jane’s story line was the most ridiculous from start to finish and Sittenfeld wrote her in a way that made me think Jane was a little mentally behind than the average person.

Don’t get me started on the tone deafness. Mrs. Darcy is clearly Trump-nation and makes all these weird racial comments. One of the cut and paste story lines was the introduction of a transgender character which causes Mrs. Darcy anguish and she only understands when its explained to her that being trans is like having a birth defect – what?? Yup, she is racist and transphobic.

At some point when Liz is crying on a bench, a woman stops to ask her if she is okay, except the book says “a black lady stops and says are you okay, honey?” or when one of the producers on Eligible is described as the Asian woman. Ughhhh. Don’t get me started on when Liz says she is not interesting enough to be on a reality show as she is not in an interracial relationship or dating a trans man. My God, who approved this? The author just tried too hard to be “down” and failed miserably.

The book couldn’t decide if it was PG or R. One minute there was cursing and next minute it’s describing an erection as “proof that he was ready” as if you are reading a Harlequin novel. Like I said, badly written. The book was written from the POV of Liz and for some odd reason the final chapter suddenly just cuts and pastes a random backstory about Mary.

In the off chance you couldn’t tell, I hated this book. Don’t waste your time with this, you will be sorely disappointed. It managed to get 1 star from me because for some delirious reason, I finished reading this book. But just because I suffered, doesn’t mean you have to. Don’t do it!