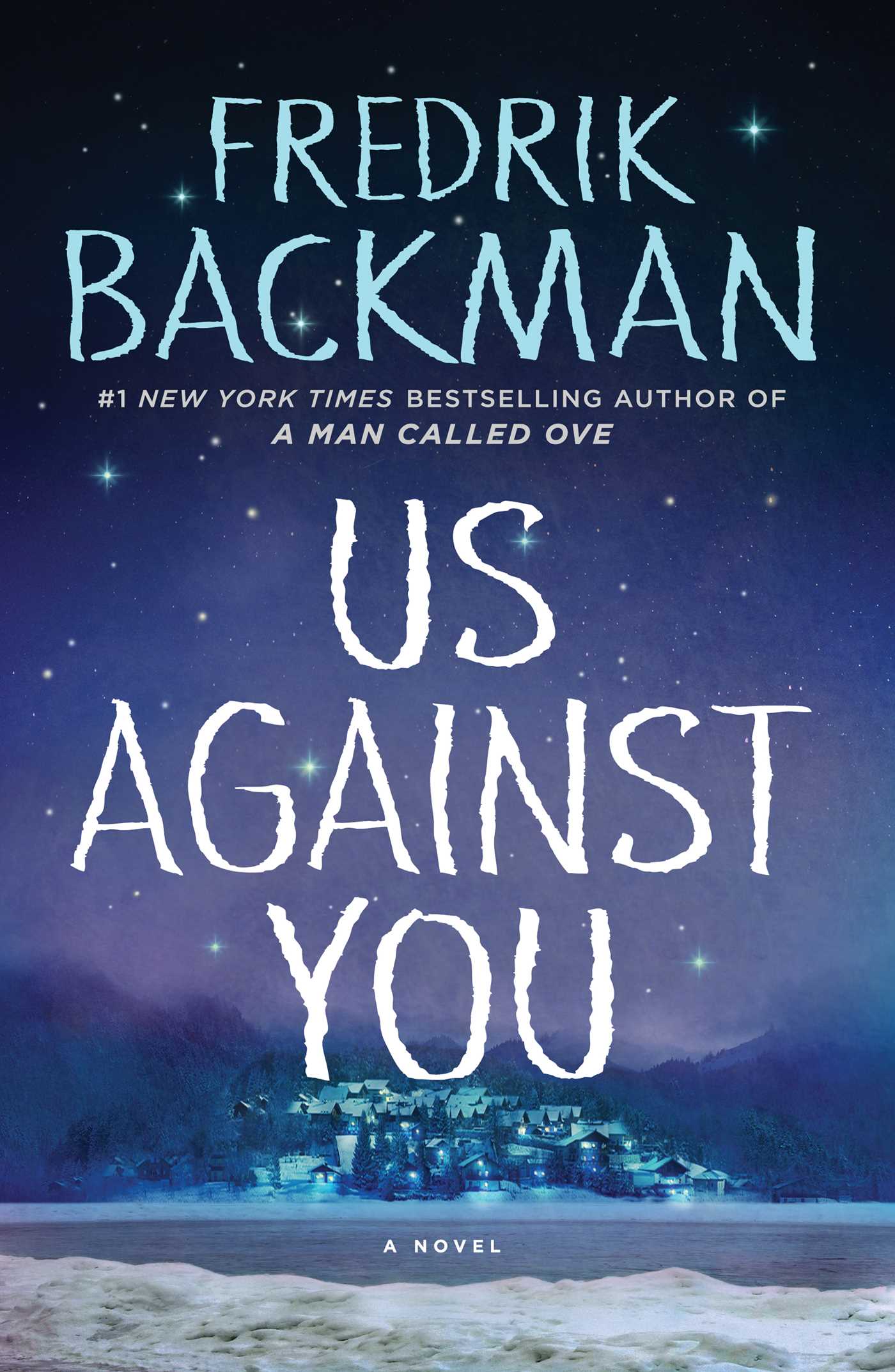 Taynement: It’s been months but I finally finished the sequel to Beartown which I loved! (it was my favorite read of 2017)

Leggy: Yes, finally. How was your reading experience?

Taynement: When I first started, I kept wondering what the point of the sequel was and you can’t get lightning in a bottle twice. Then, I think somewhere around chapter 20, something switched and I don’t know why I ever said that and I was all in.

Leggy: I felt that way through out the book. Why did he feel it was necessary to write this sequel? I think he’s a fantastic writer and don’t get me wrong, It’s hard to read a Backman book and not think this man is so damn talented but I do not think this book added anything to the Beartown universe. It wasn’t a story that needed to be told.

Taynement: I beg to disagree. If we look at it from that point of view, honestly all sequels that aren’t part of a series would be stories that didn’t need to be told. His fantastic writing made it a story I didn’t know I wanted. He was able to carve out a focal point and theme of community.

Leggy: How did you feel about Maya’s family in this book and the journey each of them took?

Taynement: The one thing I liked about this sequel was how real it was. More specifically, about the many struggles we all face in life and how it’s easily misunderstood. I’ll just say right now that my least favorite character was Peter Andersson. What a coward.

Leggy: He was my least favorite character too. I couldn’t stand the passages that were about him. He was honestly a terrible husband. He was way too obsessed with the game at the expense of his family. At some point, I felt like he was willing to put his family through anything horrible for a game in a town that hates him so much. I would have moved. He should have moved. His wife sacrificed so much for him and he expected her to keep sacrificing even when it became her turn to shine.

“It’s impossible to measure love, but that doesn’t stop us coming up with new ways to try”

Taynement: The book has always focused on the hockey obsession and their devotion but at this point i’m not sure what he was getting out of it, that he was willing to put his family through what they went through. But that shouldn’t be surprising, he was totally a man, super selfish. The obsession I could deal with, they all were obsessed. He kept harping on their obsession but I could see what each person was getting out of it except Peter.

Also, thinking about the rivalry between Hed and Beartown I kept thinking this is kind of ridiculous and it suddenly occurred to me that the depiction in the book could be seen as a metaphor of where we are as a country with the left and right wings.

Leggy: The way the grownups participated and escalated the situation blew my mind. I think my favorite character in this series is Benji.

Taynement: He was definitely my favorite in book 1 but I think my favorites kept alternating. There were a lot of likable characters. I liked Zackell, the new female coach, also Kira.

Leggy: I liked Zackell too. And I really like Bobo’s family, that is one family that you don’t expect to work but they do and they love and protect each other so fiercely.

Taynement: Which goes back to the book being all heart. Because Kira was real – a strong woman just trying to keep it together. She’s lost a child, she’s had a daughter raped, an obsessive husband and she’s still trying to be a career woman but she was scared of nothing.

Leggy: I absolutely agree. I felt frustrated for her most of the time. Just seeing her life getting more and more complicated and her having to turn down taking shots at her dream for her family.

Taynement: Can we talk about Backman’s writing? How does he do it? This book solidified that he is the answer now whenever I’m asked “Who is your favorite author?” This is his third book of his I like.

Taynement: Ha ha ha ha and I bet he isn’t even trying. The point where the book does a turn for me there are so many events that I felt my heart was being squeezed till the end of the book.

Leggy: There are so many quotes that just hit you in the heart and mind you, Tayne, these books are all translations!

Taynement: Yes! (which is why I have them sprinkled over this post for a taste) So I was going to to touch on this. Is he still great in Swedish or is it the translation that makes him great?

“You know why you can never rely on men? Because they love men. No one loves men as much as men do. They can’t even watch sports if it’s not played by men”

Leggy: He has to be so damn fantastic in Swedish because he’s so huge in Sweden. We’re just getting him now because A Man Called Ove was translated and did so well here but he’s been big there for so long. Can you imagine if he’s even better in Swedish? Like how is that even possible?

Taynement: It’ll be too much! Can’t tell you how many quotes I have highlighted. I don’t remember how the first book went but I also enjoyed how he went deep into the minds of the individual characters. For example: how a character explained why he was impulsive and what it’s like in his brain, or how Bobo explained how everything outside of playing hockey is so hard but in the rink he knows who he is.

Leggy: The premonition in a lot of the passages was nerve wracking because you know something terrible is coming and you’re just holding your breath wondering who it’s coming for.What did you think about Maya’s brother’s storyline? I was really frustrated by his actions because I kept wondering why he was doing what he was doing and why nobody was noticing?

Taynement: I think it could have been better but then what could be? It’s not easy being the overlooked child and I think the not noticing was to highlight the disintegration of Peter and Kira’s marriage.

Leggy: That’s true. How did you feel about the way it ended?

Taynement: Much better than Beartown! I think it wrapped everything up while giving an epilogue in a subtle way BUT why the caginess on who Zackell’s father is? I don’t want any more sequels!

Leggy: I loved how Beartown ended. I was satisfied with the end of that book. I think this is the last book in this universe, at least I hope it is because I don’t think I will be reading another one.

Taynement: Can I say I totally see this being a movie? Did you know A Man Called Ove is being remade in English with Tom Hanks? The Swedish one was nominated for an oscar.

Leggy: Really? I actually think that book would make such a good movie. That’s one of the things I thought when I read it even though I didn’t love it, I thought it would make a much better movie. I’m excited about that.

Taynement: Anyway, loved loved loved this book. I want to give it a 4 stars because it took sometime to rev up but I might forgive that and give it a 5, we’ll see.

Leggy: High praise. I gave it 3 stars. I enjoyed it but honestly, I could have done without it.

“When terrible things happen, most people become waves, but some people become rocks. Waves are tossed back and forth when the wind comes, but the rocks just take a beating, immovable, waiting for the storm to blow over”

2 thoughts on “We Chit Chat: Us Against You by Fredrik Backman”