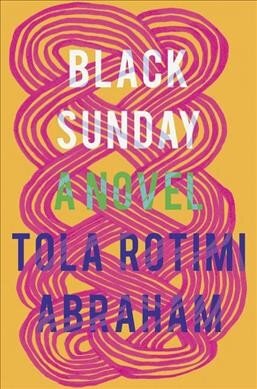 “I like the idea of a god who knows what it’s like to be a twin. To have no memory of ever being alone.”

The year is 1996 and we are introduced to twins, Bibike and Ariyike, who live with their mother and father and two younger brothers, Andrew and Peter in Lagos, Nigeria. Their house is not exactly a happy home as their parents are constantly at odds. Their mother is the sole bread winner as their dad continuously loses money in hare brained schemes and investments. The girls have different personalities – Ariyike is the friendlier one while Bibike is the more cynical one.

After their mom loses her job, the family joins a Pentecostal church where their dad meets men like him who are “loud, noisy dreamers”. He takes a huge gamble with the money they have that eventually breaks the family apart. The kids are shuttled off to their grandmother’s house and are forced to grow up and face their pain individually. The girls are forced to lean into their individuality and begin their separate and different paths to life for the next two decades.

“I did not believe in love, in marital love, in righteous men or justice”

The quote above captures the tone of this book which I would say was cynical. Black Sunday is the complete opposite of a fairy tale and can be described as gritty but don’t let that scare you because I still enjoyed this book. While the focus was on the twins, we do get the perspectives of the younger brothers at some point. I think Abraham’s goal was to have a jarring, true to life description of how it goes when lives get disrupted and the sole goal is to survive.

“Every girl who hears it is shamed for all the things she otherwise feels no shame for. Shame is female just as merit is male”

When speaking about survival from a female perspective in a patriarchal society, it is inevitable that the difficult topic of sexual assault and also using sex as a weapon to get ahead, will come up. This is woven into the story but not as a lesson or as a sad story but was written rather matter-of-factedly. My guess is so the reader digests it like the girls did – things happen, you get hardened and just do what you have to do without much emotion tied to it. While both sisters chose different paths, Ariyike early on had a clear resolve what she wanted her life to be and made it that way regardless of the cost.

“I learned when I was a little girl that people always lie. I am not sure that everyone means to lie. It is just that they have in their hearts ideas of who they should be, and they are trying to convince themselves that they are who they insist on being. It is tiring”

There were several different thought provoking story lines in this book that could easily have been confusing but Abraham did a good job of weaving all the stories together and you were captivated by each character’s narration of their story. I wish we had more insight into their mother’s side of the story and there was a part of Bibike’s story that had me confused a little bit, because till now I don’t know if it was real or not.

“There were many easy ways to be a stupid girl in Lagos. We were not stupid girls. We were bright with borrowed wisdom”

As mentioned earlier, this isn’t a book with a neatly tied bow on it. What it is, is a well written thought provoking book that wasn’t afraid to be messy and complex and all the while you know that this is a cumulative representation of many a Nigerian girl’s story. I highly recommend this one.