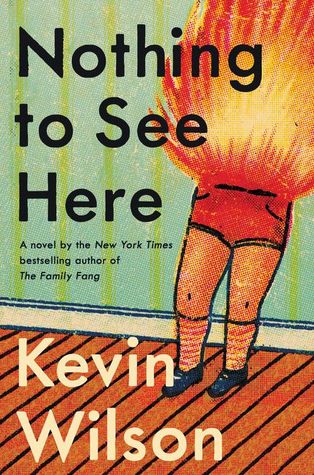 Lillian and Madison are friends in an elite boarding school. Madison is from a rich family while Lillian is in through a financial assistance program. The unlikely pair are roommates and that’s how they become friends. They go through a scandal in which Lillian gets a raw deal and is expelled. The two don’t speak for a while but begin to exchange letters where they update each other on their lives.

Madison is now married to a wealthy man who is prominent in the political scene and Lillian is lost and still living with her not-so-great-at-parenting mom. One day she sends a letter to Lillian letting her know she needs her help. The help in question is for Lillian to move in with her family and take care of her 10 year old twin step kids. The catch is the twins burst into flames whenever they get agitated regardless of where they are. Never able to say no to Madison and with her life back home dreary, Lillian agrees to take care of the kids. The three quickly form a bond and Lillian begins to forge a new path for her life.

This might be the first book I read because of its cover. It just had this 70’s/80’s simplistic crayola look and the fire shooting out of pants made me chuckle. I didn’t expect to be as impressed as I was by the book. I liked this book because of its many layers. It wasn’t just about combustible children. In fact, as you get into the story, you realize at some point that Wilson has found a way for you to forget that bursting into flames is not exactly normal but in your brain it just becomes the norm as you focus on the other aspects of the book.

Madison and Lillian’s relationship was infuriating to me even though I think the explanation for it was a lazy story line. What I enjoyed most were the twins. Wilson makes them smart kids who are aware of how everyone sees them as a burden and balance their trauma (they experienced something major). You see them childlike and realistic at the same time and trusting no one but each other. I love how the characters were so fully fleshed out that you know Bessie is the captain of the twin ship and she was very protective of her brother, Roland.

I know I am partial to books that delve into human relations and the many curve balls we have to face but this was a well written book that I would recommend.

2 thoughts on “Book Review: Nothing To See Here by Kevin Wilson”