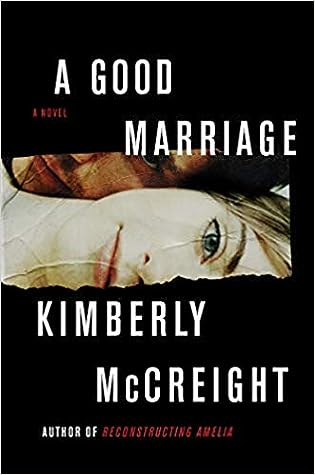 “And in the end, wasn’t that the key to marriage? Learning to pretend that a few unspoiled things could make up for all the broken ones.”

Lizzie Kitsakis just started working at the prestigious Young and Crane law firm when she gets a call from an old friend, Zach Grayson, from Rikers prison desperately asking for her help. His wife, Amanda, has just been found dead on the floor of their Brooklyn brownstone and he’s the primary suspect. Until recently Lizzie had been a happily underpaid prosecutor with a devoted husband but everything has come crashing down around her. She delves into investigating who could have murdered Amanda, the close knit group that surrounds the couple in Brooklyn who all seem to be hiding secrets of their own and she has to figure out which of these secrets is worth committing murder for.

“Forgiveness is a side effect of love,” he said finally. And sadly, almost. “If you are going to be married, share the ups and downs of life. What other choice is there?”

This is an impressive slow burn of a book. The author starts off building her characters’ backstories and letting us into their lives. We get two different points of view – one from Lizzie as she gets Zach’s call and starts investigating the murder and secondly, from Amanda as we get a countdown of the events that lead up to the murder. The chapters alternate between these two characters so if you don’t like that plot narrative device in a book, this one might not be for you. Even though the book started out slow and built to a crescendo, I never thought for a second it was boring. It was intriguing from the very first page.

“That’s the hardest part about marriage, isn’t it?” Zach went on. “Somebody else’s problems become your own. It doesn’t always feel fair.”

This book was full of twists and turns and none of it was silly but none of it was mind blowing either. It is sprinkled with a lot of deceit, false starts and dead ends but you never feel like the author is toying with your sense of believe. Even though I didn’t see a lot of the twists coming, they just made me go – “oh, ok, I can see that being true”, there wasn’t a huge Gone Girl twist which I loved. I’m tired of every thriller on earth trying to have a huge twist at the end just to cash in on that Gone Girl popularity. Also, I could not guess the killer which is very important to me and this is the fact that kept me reading, I just needed to know who killed Amanda. I read this book all in one day and didn’t go to bed till I was finished.

“I’d been so foolish to think love could change the essential nature of anything.”

After every few chapters, the book presents you with a transcript of a grand jury testimony containing several interviews between witnesses and the prosecutor building the case against Zach. I found these transcripts to be unnecessary and stopped reading them after the first couple installments, just started skipping them. They added nothing to the plot. Also, honestly, the ending was lackluster. Even though I didn’t guess the killer, I still felt oddly unsatisfied. I wanted someone more instrumental to the plot. Anyway, this book is very readable and even though it starts off slow, it still managed to be a big page turner. Gave this 4 stars on Goodreads.

1 thought on “Book Review : A Good Marriage by Kimberly McCreight”